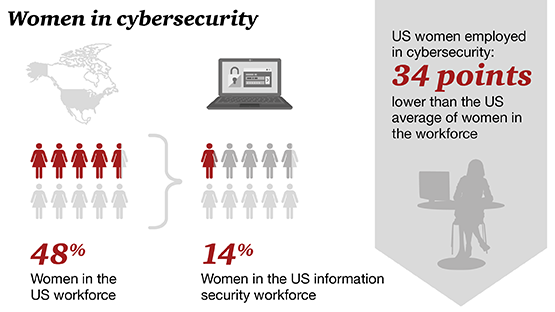 A small college in Claremont, CA may have finally found the formula to start attracting more women into Cybersecurity careers.

Women may be a key factor to bridging the gap in the cybersecurity field where there is such a severe labor shortage. There are one million cybersecurity job openings in 2016. More than 209,000 cybersecurity jobs in the U.S. are unfilled, and postings are up 74% over the past five years, according to a 2015 analysis of numbers from the Bureau of Labor Statistics by Peninsula Press, a project of the Stanford University Journalism Program.

Michael Brown, the CEO of the world’s largest security software vendor, Symantec, claims the demand for cybersecurity talent is expected to rise to 6 million globally by 2019, with a projected shortfall of 1.5 million.

Today, only 11% of cybersecurity positions are filled by women, according to the Women’s Society of Cyberjutsu (WSC) which is a non-profit that empowers women to succeed in the Cybersecurity field,  This is in stark contrast with most other professional fields where women make up almost 50% or sometimes more of the workforce.

Not so at Harvey Mudd, where they have cracked the code to attract women into computer science degrees. More than half — 55% — of the latest class of computer science graduates were women, compared with roughly 10 percent a decade ago.

In fact, programming is becoming so popular at Harvey Mudd which is a part of Claremont Colleges, that its professors are campus celebrities and incoming freshmen are excited for classes before ever setting foot on campus.

The professors at Harvey Mudd College may have found the right formula.

Maria Klawe, Harvey Mudd’s president since 2006 and a computer scientist herself, used her influence in making the field more attractive to women which has been recognized by the White House’s chief technology officer.

“Building confidence and a sense of belonging and a sense of community among these women makes such a huge difference,” she said. “Once you change the myths and the cultural beliefs about computer science, that has a lot of momentum.”

Here are some key changes the program made which helped attract women: 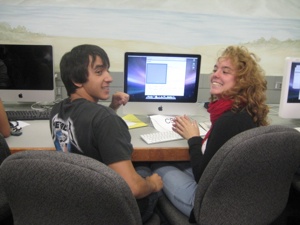 While the classroom and a cybersecurity team may differ in many ways, applying some of these same techniques may open up the door to many women who would have not previously considered the security field as a career opportunity.  Here are some tips which may be helpful:

Changing the negative stereotypes in cybersecurity may take some time, but with purposeful effort, women can be attracted into security careers.  This can help fill the employment gap and lead to greater opportunities and stronger teams by leveraging their strengths.

Tim Howard is the founder of Fortify Experts (top ranked Cybersecurity Search firm by Cybersecurity Ventures) which helps companies find exceptional cybersecurity talent through executive search, permanent placement and project consultants.  Howard has been leading technology staffing teams for over 15 years and is the founder of three other technology and staffing firms.  He has degrees from Texas A&M University in Industrial Distribution and Marketing.